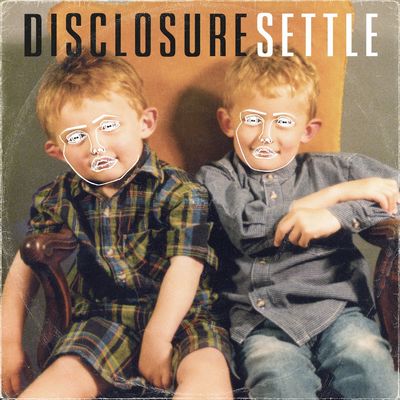 ‘SETTLE’ – the brothers’ first full-length recording – will be released on June 3 via PMR records (home to Jessie Ware and Julio Bashmore among others).

Leading the charge into the album is the single ‘You & Me’ featuring Eliza Doolittle, and as you’d expect, Disclosure continuously prove their ability in bringing the best out of their vocal collaborators, with Eliza’s lustrous vocal immersed among Disclosure’s trademark 2-step garage rhythms, once again showing beyond doubt their capacity in delivering yet another anthem alongside previous singles Latch and White Noise.

Having steadily built a name for themselves as purveyors of a standard of music production way beyond their tender years, they’ve spent a solid couple of years honing their already prolific output into what’s sure to be one of the debuts of 2013 – in any genre.